The highly climate- and biodiversity-friendly agricultural practice of agroforestry is now practiced widely around the world, but its roots are deeply indigenous.

Agroforestry, or forest gardening, is the practice of growing of trees, shrubs, herbs, and vegetables together in a group mimicking a forest, or within an existing forest, with each plant providing the others benefits like shade, protection from predators, life-giving humidity, and nutrients. A main group of practitioners of agroforestry are indigenous, and they often report that there is no phrase for it in their language; rather, it is often referred to, as with the Lenca people of Honduras, as “traditional technique.” It is best thought of as a technology, one that provides food, fuel, and marketable commodities like fiber crops, medicines, resins, and fruit in a harmonious natural system while providing a host of other benefits.

Shade grown coffee and chocolate are the most recognizable examples of this indigenous technology that now covers over a billion hectares of land worldwide—roughly the size of Canada—and which is found nearly everywhere that trees grow, from wet regions to dry ones.

Thousands of years of observing which useful plants and trees grow well together, planting the seeds of one under another, and creating an inviting ecosystem for seed dispersing animals has yielded bountiful agroforestry landscapes that look like natural forests and are enjoyed by all manner of creatures, both wild and cultivated.

In Indonesia, agroforestry plots exhibit amazing biodiversity: “home gardens” there are a type of multi-layered agroforestry that are considered to have the highest biodiversity of any human-created ecosystem, containing 60 to 70 percent of the animal species found in the surrounding rainforests, according to one study.

In Thailand, Prasert Tralkansuphakon, chair of Pgakenyaw Association for Sustainable Development and Inter Mountain People Education and Culture Association, explains that his Pgakenyaw (Karen) community manages land this way too. Agroforestry means ‘managed both by human and nature,’  or by humans in a natural way,” he says. “We make a living in three spaces: one is the space of residence, second is the space of farming and cultivation, and the third is a space of collecting food. Therefore, the concept of agroforestry produces both food and income in a traditional and innovative way, managed both by humans and nature, or [just] by humans, but in a natural way.”

On the other side of the world, a Lenca community in Honduras has formed a women’s cooperative that is growing fair trade organic coffee under timber and fruit-bearing trees like mango, plantain, and jackfruit. “Agroforestry is a way to increase food security. The diversity of the crops allows an increase in production of fruit and vegetables [that] could be interchanged with the other members of the community, or [for sale] to the market,” Mongabay’s reporter was told.

Antonella Cordone, senior technical specialist of indigenous peoples and tribal issues at the International Fund for Agricultural Development, believes the world must learn from such examples to create sustainable and integrated methods to manage agriculture and ecosystems in a multifunctional way. The approach her program has taken is based on appreciative inquiry, building on the skills and knowledge shared by indigenous agroforestry practitioners, and offering new ideas to bolster what they are already doing in an additive way. Cordone stated, “Specialists in modern agroforestry can help local communities to the extent they are able to listen to indigenous peoples and local communities and recognize that indigenous peoples’ knowledge is not inferior to formal science and technology.”

Roger Leakey, an author and agroforestry expert, agrees. When he was director of research at the World Agroforestry Centre—the top international NGO studying and training communities in agroforestry techniques—rather than taking a prescriptive approach, the organization developed a highly successful method of “participatory domestication,” a bottom-up approach that consisted of engaging with communities from day one to grow the species that they felt were the most beneficial to them.

Syed Ajijur Rahman, consultant at the Center for International Forestry Research in Bogor, Indonesia, agreed that in many ways, the communities know best: “The familiarity with their land, leading to careful selection  of sites for tree planting, together with good tree husbandry, results in high levels of tree establishment and growth rates.”

Such high productivity has obvious benefits for the communities who practice it. Because there is a great diversity of trees, shrubs, and annuals growing together, not only are yields increased by greater soil fertility and moisture, but a variety of crops are also produced, and on different time scales. For example, while the Lenca in the dry forests of the southeastern corner of Honduras are waiting for their coffee beans to ripen, they have many other fruits to harvest, such as plantains, which are fried and sold to local markets, or guamo, also called ice cream bean, which is eaten fresh. Or they can trade timber products for corn grown by another community nearby, one which practices an agroforestry technique named Quesungual, where coffee bushes are mixed with fruit trees pruned to a specific height that creates cool shade and moist soils under which maize and beans are also grown.

The improved quality of the agroforestry shade grown coffee also creates big economic benefits for the Lenca women’s cooperative. Sixty-year-old Eva Alvarado is one of the founders of the cooperative and now its vice president, a role she confessed she never thought she would play in life. But the economics are more important to her than the empowerment, she told Mongabay’s reporter. “I paid for the education for all my kids, and now my six grandchildren. This is the third generation that benefits from the work of our cooperative,” she said.

Indigenous communities around the world are not the only ones to benefit from agroforestry’s increases in food security and community resilience. Thanks to agroforestry,  all manner of wildlife are finding more homes in the branches of these food forests.

A less tangible benefit also accrues to the global good: slowing climate change. The climate effects of creating food forests is chiefly noticeable on a local scale, especially dry ones like a community in El Salvador, where growers of shade grown cacao are benefiting from improving river levels and cooler air temperatures since their agroforestry system matured. In other hot, dry areas, such as Africa’s Sahel region, farmers practice agroforestry because crops grow better under trees than they do in the open; their shade becomes a refuge for livestock and people, and reduces the sometimes deadly soil surface temperatures that can kill annual crops. Plus, the tree roots work like hydraulic pumps, bringing water up from the deep, as much as 20 meters below the soil’s surface. This moisture becomes available to crops planted underneath the trees, such as maize, even when it’s not the rainy season.

But the biggest climate benefit from indigenous agroforestry is the amount of carbon dioxide that is taken out of the atmosphere by agroforestry’s millions of square kilometers of trees, shrubs, palms, roots, veggies, and vines (not to mention the carbon captured in their richer soils). A recent study published in the journal Nature estimates that agroforestry captures .73 more gigatons of carbon every year from the air (in addition to the 45 gigatons a study published in the journal Nature estimates it to sequester).

That is a lot, at a time of rising worldwide emissions; in 2017 carbon dioxide emissions increased approximately 2 percent, and almost a quarter of these emissions came from conventional agriculture and the conversion of forests and wetlands into farmland.

The world would do well to follow the lead of indigenous technologists by planting more trees in agricultural land-scapes, and in useful combinations. Even growing trees in cattle pastures, a technique known as silvopasture, is shown to yield better forage for the animals while capturing carbon and providing fruit, medicines, and other useful products. Yet for Tralkansuphakon’s Pgakenyaw community, the reasons for practicing agroforestry are highly local and cultural, passed down from generation to generation. For them, agroforestry is based on a proverb: “Au hti k’ tau hti Auf kauj k’ tauz kauj,” which means, “Use water, care for the river; use land, care  for the forest.”

Originally published by Mongabay on July 15, 2019 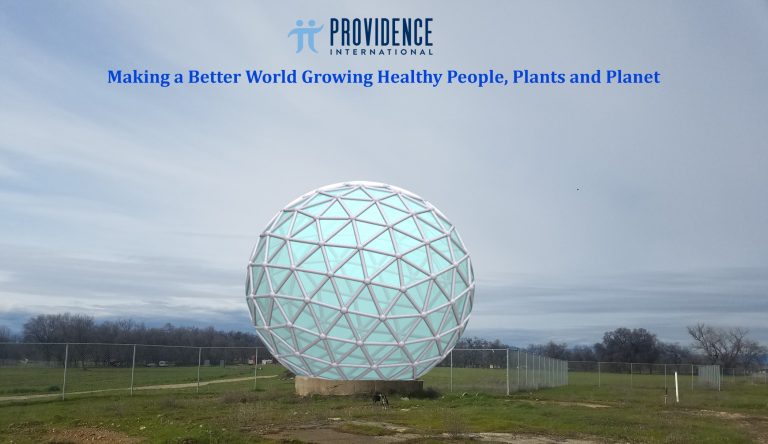 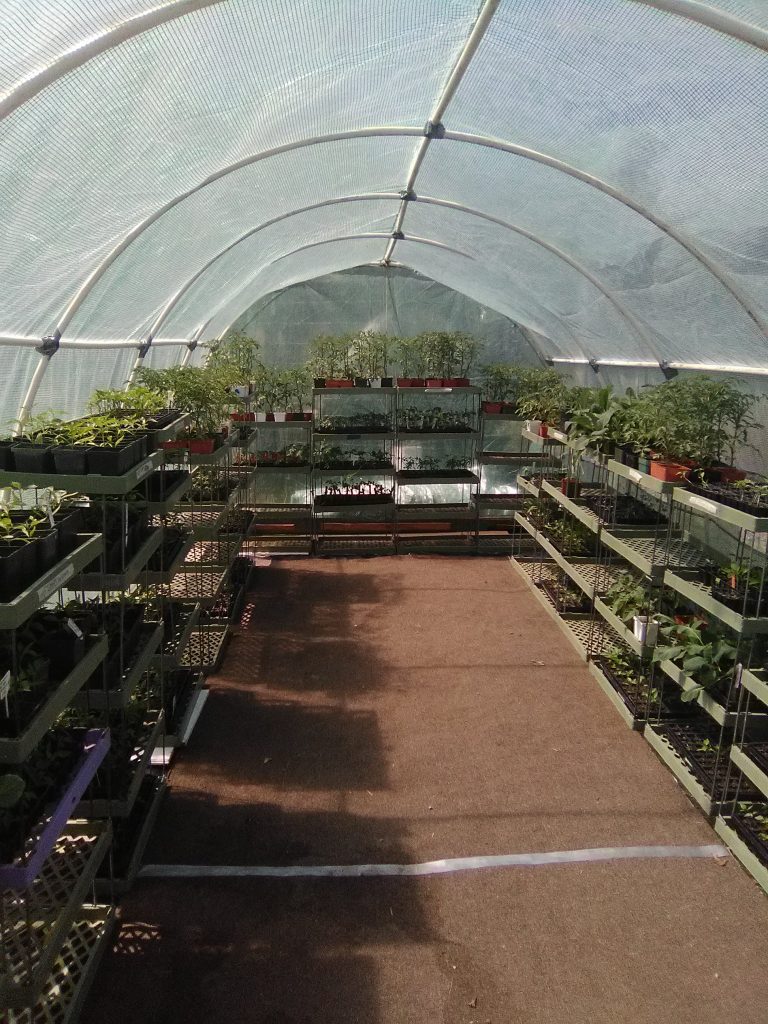 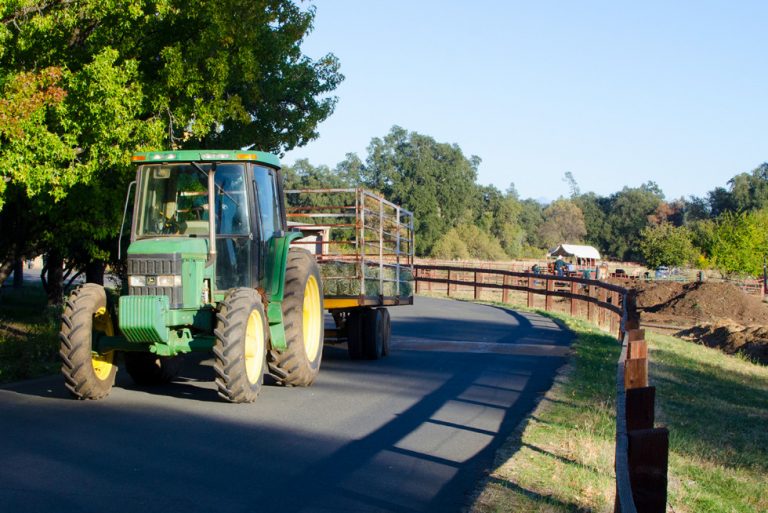